10 Years and 10 Ways DRI Has Made a Difference 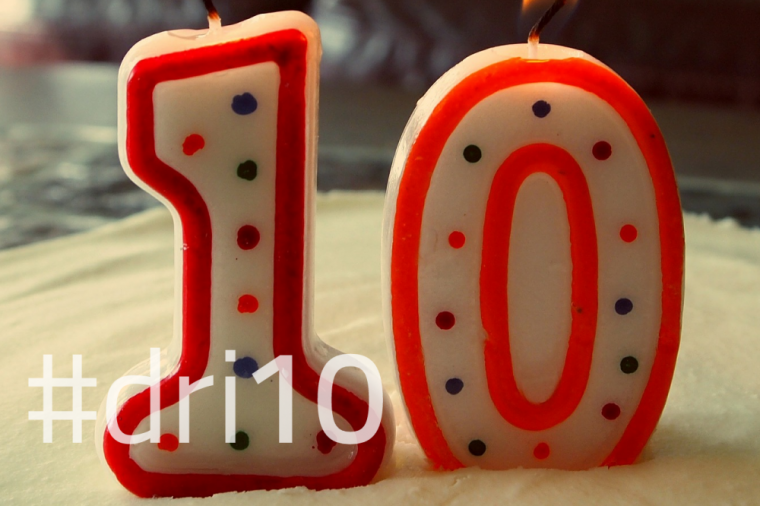 December 6th, 2015 marks DRI’s 10th year at the forefront of digital rights advocacy. To mark this momentous occasion, we’re proud to present a list of 10 key DRI accomplishments over the past decade:

1/ Overturned mass surveillance for half a billion people

Beginning in 2006, DRI undertook a series of costly court battles to fight laws which required ISPs and mobile phone companies to log details about your location, your text messages, your emails, and your internet use, stored for up to two years. In April 2014, we successfully overturned mass surveillance through tracking of phone and internet use for every citizen in Ireland and across the EU.

2/ Defended every cloud user outside the US

Ireland is a global warehouse for storage of cloud data. In December of 2013, the US government tried to force Microsoft to turn over user emails held in its Dublin facilities based on a US search warrant. DRI fought this tactic in the case Microsoft v USA as an advising party, and our Brief provoked the Irish Government to enter its own defence of the Irish State a few weeks later.

WHY IT MATTERS: The cloud holds backups of your photos, your emails, and even your phone via services like Hotmail, Gmail, iCloud, and Amazon. DRI defended your data and your privacy around the world by insisting that, if the US government wants to access that material, it must do so according to laws where the data is stored.

3/ Stepped up to protect your data from the NSA

The NSA is indiscriminately accessing the data of European residents when US tech companies transfer that data to the US under the  transatlantic Safe Harbor agreement. Austrian student Max Schrems brought a case against Ireland’s Data Protection Commissioner for refusing to investigate whether this infringes the rights of EU citizens. In 2014, the Irish High Court added DRI to his case so we could assist in the arguments before the European Court of Justice, the highest court in Europe. In 2015 the European Court of Justice, following the approach DRI recommended, held that the Safe Harbor agreement was invalid.

WHY IT MATTERS: If you use online services like Hotmail, Facebook or Skype, the NSA is accessing your personal data. The decision in the Schrems case is a landmark one which will force the US government to introduce surveillance reform, or face the prospect of US firms being cut off from the European market. DRI is the first Irish non-statutory body allowed to join a case like Schrems, and by arguing before the European Court of Justice helped to ensure that the civil rights of internet users were fully represented.

4/ Stood Up for Your Social Media Rights

Cyberbullying was big news in 2014, with Irish TDs calling for regulation of social media to combat it. In March 2014, we made submissions to the government’s ominously named Internet Content Governance Advisory Group, counselling that the best approach was not to limit free speech online, but rather to enforce existing statutes to protect victims of online bullying and harassment.

WHY IT MATTERS: The Group’s final recommendations largely reflected the points we made, and a knee-jerk reaction to tragic events and negative effects on free speech were avoided.

In 2007, the Government announced a plan to force everyone who bought any mobile phone, including prepay phones, to be placed on a register. We provided evidence and argued against this disproportionate and useless intrusion in citizens’ communications and it was abandoned.

WHY IT MATTERS: Since 2007, mobile phones have become the crucial information age device. Registration would have added no additional security, but would have seriously reduced the capacity of individuals to communicate anonymously.

6/ Was recognised as an EFF Counter Surveillance Success Story

WHY IT MATTERS: Recognition by the EFF validates and underscores DRI’s position as the leading digital rights advocacy group in Ireland and a key organisation in Europe. This matters when we take a stance and talk to law-makers, the courts, the press and the public about issues that impact your civil liberties online.

In 2012 we led the charge on the #stopSOPA campaign, opposing a radical new law curtailing 4.3 million people’s access to websites in Ireland via a ministerial order, without a vote in the Oireachtas. More than 80,000 people signed our online petition opposing this order, and almost 3,000 Irish voters pledged to visit their TDs on Saturday, February 4th, 2012. In direct response to that campaign the Government were forced to abandon plans to sign the order behind closed doors and held an unprecedented emergency Dáil debate on the issue.

WHY IT MATTERS: An unprecedented and amazing number of Irish voters turned out to visit their TDs and show lawmakers that people who care about the Internet are not “keyboard warriors” but real-life constituents and voters.

8/ Made Key Submissions in Copyright Reform

In 2011 DRI made submissions to the Copyright Review Committee urging changes in Irish copyright law to promote fair use, allow format shifting and to ensure that linking to online content is not treated as a copyright infringement. DRI also made submissions to the European Commission arguing against changes to the IP Enforcement Directive which would have made it easier for copyright to be abused as a censorship tool.

WHY IT MATTERS: The conversation around copyright is overwhelmingly one-sided, with a well funded content industry demanding ever more draconian laws for internet blocking, user disconnection and automated censorship. DRI has consistently provided advocacy for the rights of individuals and consumers to free speech and fair use.

In 2015, DRI launched the inaugural Digital Rights Europe conference. We were honoured to welcome more than 120 attendees and speakers from 6 European countries, representing 47 companies and organisations gathered around topics from organisational data security to policing in a digital age.

WHY IT MATTERS: DRI is committed to using DRE as an annual platform to focus on emerging rights issues on the digital landscape. The DRE conference nurtures a unique mix of law practitioners, academics, activists, students, technologists and corporate stakeholders invested in practice and advocacy around digital rights.

In September 2015 DRI, in conjunction with Privacy International, submitted a detailed report on Irish surveillance laws to the United Nations Universal Periodic Review of Human Rights. This will be considered as part of the next cycle before the UN Human Rights Committee in early 2016.

WHY IT MATTERS: Irish surveillance laws fall well below international standards. The law on interception of communications, including email, was last updated in 1993. It  provides no protection at all for your webmail or other stored communications and is unfit for the modern internet. By raising the issue before the UN we are beginning the process of reform.

Please Help Us Continue for the Next 10 Years

This year, we need to generate €30,000 from online fundraising in order to continue our work fighting to protect your digital privacy, data, and open access to the web. Please help us meet our funding need with your donation of €10 or more to mark DRI’s tenth anniversary. Thank you.