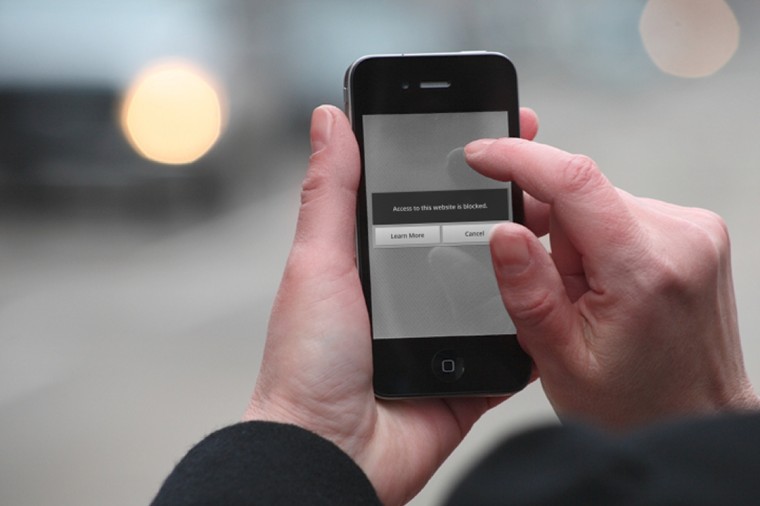 Last year we revealed that the Department of Justice was working on secret plans to introduce internet filtering in Ireland. Now, despite a complete lack of any legislation, public consultation or democratic discussion, these plans have moved to the implementation stage.

In a letter which was leaked to us, Gardai have asked Irish ISPs to block sites designated by them, and for information about the browsing habits of users who are alleged to have visited these blocked sites. Here’s the full text of the letter:

Experience elsewhere has shown that blocking is largely futile – easily evaded and stopping only a very small proportion of material (it wouldn’t cover, for example, peer to peer filesharing or newsgroups). Earlier this month, for example, it was revealed that Dutch ISPs have, for exactly this reason, abandoned what they concluded was “ineffective” web blocking.

Blocking is also a distraction from what should be the main focus of policing – removing material at source and identifying those responsible. Work in Germany has shown that blocking leaves material available indefinitely, when it could easily be taken down by contacting the hosting providers. Here’s an excerpt from that analysis:

The group developed software to select, categorise and geo-locate 167 blocked Internet domains as a representative sample of websites blocked in Denmark at the time of the investigation. “The result is a smack in the face of law enforcement authorities”, says Alvar Freude of the Working Group. “Of the 167 listed sites, only three contained material that could be regarded as child pornography.” Two of these three sites had been blocked in Denmark since 2008, and these are, or least were, blocked in Sweden, Norway and Finland as well. These sites were therefore known for at least two years in several countries, and apparently law enforcement authorities did nothing to try and get this illegal content removed.

This is even more disturbing because the Working Group managed to take down the remaining sites just by sending a few emails. Two of the sites were hosted in the USA, and even during the weekend (Friday, ca. 10 p.m. EDT) they were removed by the hosters within 30 minutes. On the following Tuesday, the third website was taken down by its registry in India, three hours after notification.

More fundamentally, however, even if blocking were effective then it should only be introduced in accordance with the norms of a democratic society – after public debate, based on legislation and subject to judicial oversight. Instead, what this Garda letter seeks to do is to introduce blocking unilaterally (bypassing even the industry representative bodies ISPAI and ALTO) by means of private contracts with individual ISPs. The result would be that sites could be blocked without any judicial oversight or approval being required and in a way which could easily be extended beyond child pornography in the future. There would be no independent oversight of the list of blocked sites – something which is particularly worrying given that leaks of blacklists in other jurisdictions have shown that many entirely innocent sites have deliberately or inadvertently been blocked. In Australia, for example, the blacklist has been leaked, with the result that:

There will also be extensive collateral damage. This is because the proposed system relies on blocking domains and subdomains – that is, blocking everything on example.com even though the only material involved might be on example.com/users/johndoe123. Consequently, Irish citizens will find themselves unable to access entire domains based on allegations against one individual page, image or user. This is not a theoretical risk – it has already happened to O2 users who found the entire image hosting site IMGUR blocked due to a similar system operated by O2.

In short, therefore, the blocking system which Gardai have sought to impose on ISPs is worrying. It is ineffective at achieving its goals, certain to cause extensive collateral damage to perfectly legal content, and prone to function creep whereby it can be used to target other material in the future. These problems are compounded by the fact that it has no legal basis or judicial oversight.

What can you do about it? Internet filtering falls within two departmental functions, and is the responsibility of both the Department of Justice and the Department of Communications. A good start would be to contact each Minister expressing your concerns.

Pat Rabbitte is the Minister for Communications, Energy and Natural Resources and his contact details are here.

Alan Shatter is the Minister for Justice and Law Reform, and his contact details are here.

You should also consider contacting your ISP and letting them know your concern about these proposals.

We’ll be doing more on this shortly – watch this space.