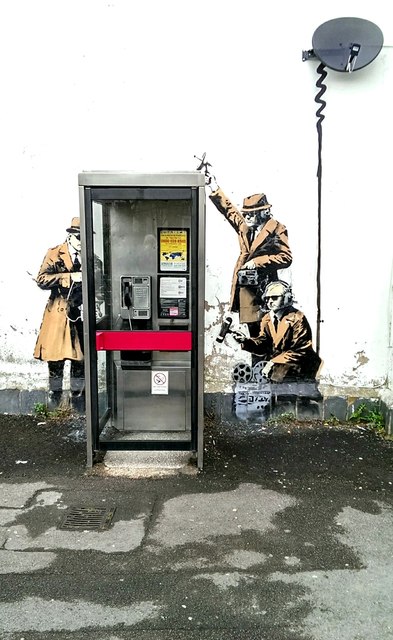 A major problem for research into surveillance in Ireland has been difficulty in obtaining basic source materials. The law in this area is extremely opaque and this is exacerbated by the fact that many of the key documents necessary to understand the law are hard to find, not publicly available, or available only after expensive Freedom of Information requests.

This page aims to change that. It will bring together in one place key documents including scans of our FOI requests and links to the most important legislation and court decisions on surveillance in Ireland. It is a work in progress and over time we aim to build it up to provide comprehensive coverage of each aspect of surveillance. If you have FOIs or other source documents of your own please let us know and we will be happy to host them or to link to them on your site.

2003 Data Retention FOI – This 90 page FOI, released by the Department of Communications to Karlin Lillington, was the first to reveal the existence of data retention in Ireland. It reveals how the Data Protection Commissioner threatened to bring a constitutional challenge against the state for ordering data retention without any legal basis. Her story based on these documents.

2011 State/Industry Memorandum of Understanding on Data Retention (released via FOI).

[2010 State/Industry Memorandums of Understanding: version 1, version 2 – These are leaked copies of earlier draft agreements between Irish government agencies and telecommunications companies on providing information about customer telephone and internet use. These never took effect and are included for historical interest only.]

2008 Guide to Irish Law and Procedures – Mutual Legal Assistance in Criminal Matters – This is a guide for foreign authorities seeking assistance from the Irish authorities. Section 8 (p.17 onwards) deals with requests to intercept communications.

2011 Justice Interception FOI: part 1; part 2; part 3; part 4; part 5   – These are documents released by the Department of Justice in response to a Freedom of Information Request for records relating to either illegal or authorised interception of communications. Part 1 generally deals with the overall mechanism for authorised interceptions and the oversight system. Part 2 deals with the appointment of the “Designated Judge” to oversee the interception system. Parts 3 and 4 deal with Irish legislation on mutual assistance in criminal matters, including requests to the Irish authorities from other countries to have interception take place here. Part 5 includes documents dealing with aspects of interception from an EU perspective. This FOI was also appealed to the Office of the Information Commissioner, which gave a ruling confirming that the secrecy provisions in s.12 of the Interception of Postal Packets and Telecommunications Messages (Regulation) Act, 1993 do not apply to most documents relating to interception.

2011 Communications Interception FOI – these are documents released by the Department of Communications in response to a FOI asking for documents on either authorised interception or illegal interception (as in the case of “phone hacking”). It is notable that both this FOI and the simultaneous FOI to Justice show little evidence that the Irish state has taken any action to protect individual communications against phone hacking or other private threats.

2011 Ministerial Briefing – This is a copy of a briefing document prepared for the incoming Irish Minister for Justice, Alan Shatter TD, in March 2011. It covers the ministerial role in the interception of communications.

2014 Ministerial Briefing – This is the equivalent briefing document for the incoming Minister for Justice, Frances Fitzgerald TD, in May 2014.

Caselaw – Kennedy v. Ireland [1987] IR 587 (establishing the constitutional principle of privacy in telecommunications), People (DPP) v. Dillon [2002] 4 IR 501, Herrity v. Associated Newspapers [2008] IEHC 249 (award of damages for a private, non-state interception of communications), DPP v. Geasley [2009] IECCA 22 (holding the consent of any party to the conversation is sufficient to mean that no interception has taken place for the purposes of s.98(1) of the 1983 Act), Campbell & Another v. MJELR [2010] IEHC 197 (appeal against FOI refusal of access to information said to represent proceeds of interception).

Articles, etc. – Murphy, The Relationship between the European Court of Human Rights and National Legislative Bodies: Considering the Merits and the Risks of the Approach of the Court in Surveillance Cases (2014) (This looks at the impact of the ECHR on Irish interception law.)

Decisions of the Complaints Referee are not public and there are no statistics regarding the number of complaints, though it appears that no successful complaint has ever been made. The following is a [redacted] recent decision shared by the complainant.

2010 Revenue Surveillance Manual – This is a document issued by the Irish Revenue in 2010 setting out their understanding of their powers and duties in relation to covert surveillance following the enactment of the Criminal Justice (Surveillance) Act 2009.

2014 Justice Freedom of Information Request – part 1, part 2, part 3, part 4, part 5. These are documents released by the Department of Justice and Equality relating to the drafting of the 2009 Act. They are also particularly interesting on the wider issue of surveillance and interception in Ireland. The main documents are in parts 1 and 3 – the rest are mostly background material on the law in other jurisdictions. Particularly interesting sections highlighted in red.

2006 Policy on Management and use of Covert Human Intelligence Sources

2012 Garda Data Protection Directive – Courtesy of the Sunday Times, this is a leaked copy of internal Garda guidance on data protection. It was a response to a number of factors including extensive abuse of the PULSE database. Story by Mark Tighe on this document (paywalled).

2014 Data Protection Commissioner Garda Audit – This is the report of a long-running audit by the Data Protection Commissioner into the Garda Siochana. It is significant from a surveillance perspective in its section on access to telecommunications data – p.61 onwards. Note at p.64 that the statutory requirement of advance authorisation is being ignored as inconvenient – instead, Chief Superintendents have been retrospectively rubber-stamping requests.